Trans-resveratrol for the treatment of spinocerebellar ataxia – orphan drug designation

On 12 January 2017, orphan designation was granted by the European Commission to Luis Pereira de Almeida, Portugal, for trans-resveratrol for the treatment of spinocerebellar ataxia.

What is spinocerebellar ataxia?

Spinocerebellar ataxia is a group of genetic conditions of the nervous system whereby cells in certain areas of the brain get damaged and die. This leads to progressive problems with movement, coordination and balance (ataxia). Depending on the type of spinocerebellar ataxia, people may develop different signs and symptoms, such as speech and swallowing difficulties, muscle stiffness, weakness in the muscles that control eye movement and cognitive (mental) impairment. Symptoms usually appear during adulthood.

What is the estimated number of patients affected by the condition?

At the time of designation, spinocerebellar ataxia affected approximately 0.2 in 10,000 people in the European Union (EU). This was equivalent to a total of around 10,000 people*, and is below the ceiling for orphan designation, which is 5 people in 10,000. This is based on the information provided by the sponsor and the knowledge of the Committee for Orphan Medicinal Products (COMP).

How is this medicine expected to work?

The exact way this medicine works in spinocerebellar ataxia is not fully understood, but it is thought to activate an enzyme called sirtuin-1 (SIRT1), which is thought to play a role in protecting and preserving nerve cells. Activating SIRT1 is expected to help nerve cells to function normally and survive for longer, thus helping to relieve the symptoms of spinocerebellar ataxia.

What is the stage of development of this medicine?

The effects of the medicine have been evaluated in experimental models.

At the time of submission of the application for orphan designation, no clinical trials with the medicine in patients with spinocerebellar ataxia had been started.

At the time of submission, the medicine was not authorised anywhere in the EU for spinocerebellar ataxia or designated as an orphan medicinal product elsewhere for this condition.

Designated orphan medicinal products are products that are still under investigation and are considered for orphan designation on the basis of potential activity. An orphan designation is not a marketing authorisation. As a consequence, demonstration of quality, safety and efficacy is necessary before a product can be granted a marketing authorisation.

*Disclaimer: For the purpose of the designation, the number of patients affected by the condition is estimated and assessed on the basis of data from the European Union (EU 28), Norway, Iceland and Liechtenstein. This represents a population of 513,700,000 (Eurostat 2016). 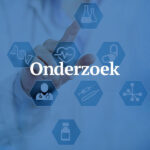 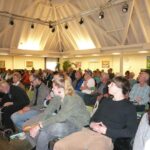